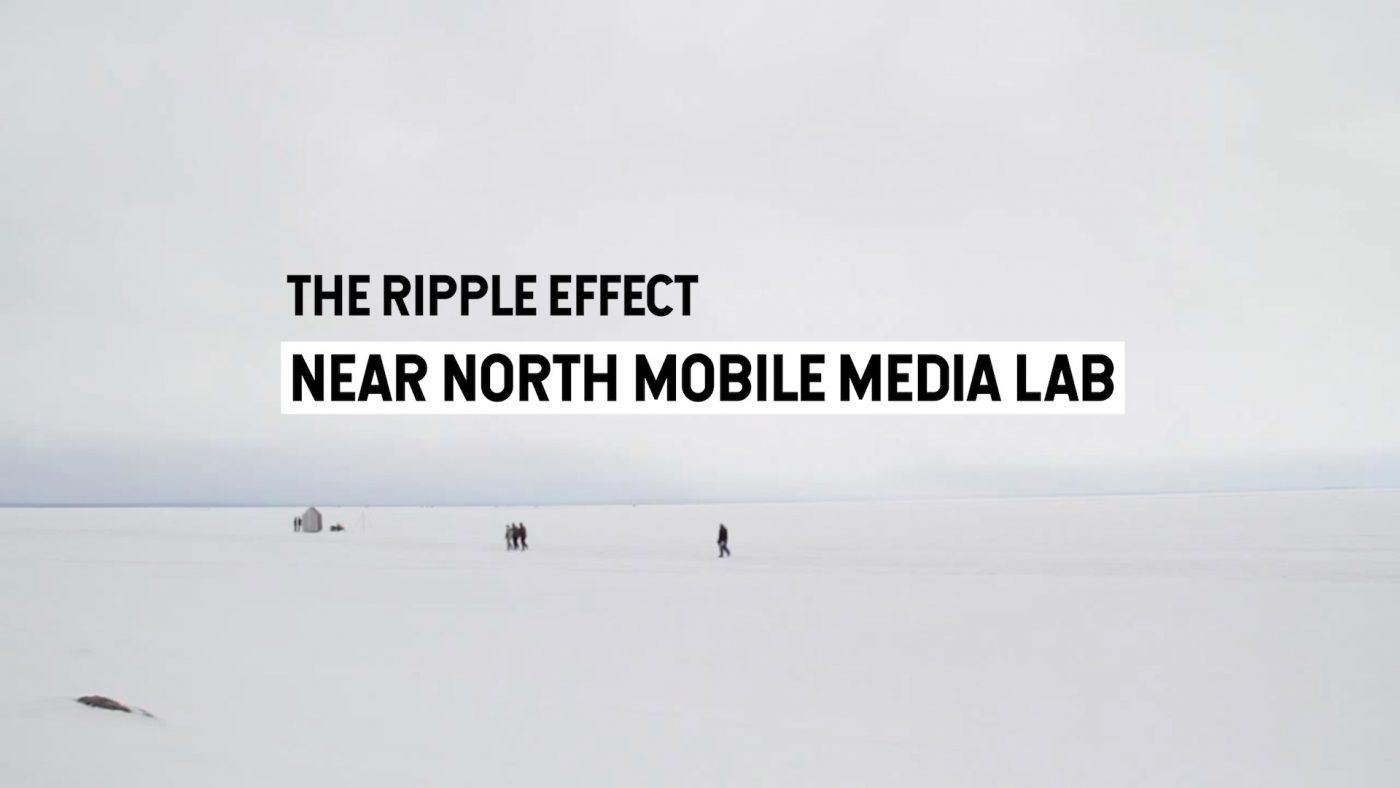 Picture this: you’re a 17-year-old living in Timmins, a city of 40,000 in northeastern Ontario. You’ve just seen the latest Marvel movie at your local theatre, and you’re totally in awe of the cinematography and special effects. It would be so cool to learn how it all works, and even try your hand at making your own movie. But how would you ever be able to afford (or even access) the software and equipment that could make this dream a reality?

Enter the Near North Mobile Media Lab – an organization that helps media artists, filmmakers and students in northeastern Ontario access the tools they need to produce and present cutting edge, contemporary media arts.

The Near North Mobile Media Lab began in 2004 as an informal collective of North Bay media artists who shared equipment and collaborated on projects. Realizing that artists and filmmakers in northeastern Ontario often faced barriers in accessing tools and other resources, they decided to expand their reach and incorporate as a non-profit.

Near North built up an inventory of rental equipment (including cameras, computers with editing suites and sound equipment) and began offering events for its local membership. But to truly serve the northeast – a vast geographic region where communities are separated by large distances – they needed a creative solution.

Enter the “mobile” part of the “mobile media lab” – a travel trailer equipped with a suite of tools for artists in far-flung and remote locations. After nearly a decade of service, the trailer was replaced by a retrofitted motor home, where up to four artists can work at once. The mobile studio can house an entire film production, from shooting right through to editing – an impressive feat for one vehicle.

Near North began receiving operating funding from the Ontario Arts Council in 2008, in part because of the innovative ways they’ve found to serve northern Ontario’s needs.  And as Holly Cunningham, the organization’s executive director, explains, “When the media lab was successful in getting operating funding from the Ontario Arts Council – that really was the jumping-off point for this organization to grow and have that stability.”

“They weren’t getting their foot in the door”

In 2013, Near North started doing consultations on how to increase media arts activity in northern Ontario. Throughout their visits, a common theme emerged: “One of the things we were hearing from all of the communities was that there wasn’t enough programming for young people, and they weren’t getting their foot in the door,” says Cunningham.

This feedback led to the creation of Digital Creator North – a program for youth ages 14 to 21 in six northern Ontario communities (Temiskaming Shores, Elliot Lake, Timmins, Sault Ste. Marie, Kenora and Sioux Lookout) to explore digital media, filmmaking and sound design. “Our goal was basically to put tools in their hands, and have them making media art, in whatever way they [saw] fit,” says Cunningham.

There was no guarantee of success. “When we first started this project, we weren’t sure how many teenagers would be interested in our programs,” says Cunningham. “We weren’t sure whether they would even show up. But we’ve actually had over 2,000 teenagers show up at our spaces in the last three years! So that’s been pretty amazing.”

Just as amazing were the creations that started coming out of the program. “Some of the work that they’ve been doing has been mind-blowing,” affirms Cunningham. “A lot of these northern youth, who I think see themselves as digital media consumers, now become digital media creators. And they’re making these amazing short films, and they’re recording music, and I think it’s really about them finding identity.”

Digital Creator North provides an important opportunity for northern Ontario youth to express themselves – but the opportunities don’t end there.

Since the introduction of the Northern Ontario Heritage Fund Corporation tax credit, the North Bay area has become home to a burgeoning film industry. As Cunningham notes, North Bay’s existing media arts sector helped make the area “an environment in which this kind of industry could flourish, [as] we had a talent pool to draw from, a media arts collective and an active film festival.”

At the same time, Near North doesn’t take it for granted that these opportunities are opening up locally. As Cunningham explains, “One of our goals is, actually, youth retention, because young people are our next generation of creators. To have them be contributing to their own communities and working in their own communities is a very important thing.”

Did you know? The not-for-profit arts sector often serves as a training ground for artists who also apply their skills and experiences in the commercial sector. In this way, not-for-profit arts organizations form part of the R&D for the cultural sector, and help provide training and opportunities to build skills, craft and audience for the creative sector workforce.

The arts organizations funded annually by OAC play a key role in training this “crossover” workforce by providing work for 37,800 artists, and professional development and training for over 108,000 creative sector workers each year.

“If we hadn’t gotten that funding, the media lab would not have grown as it has”

Increasing access, bridging geographic divides, empowering youth – these are just a few of the ways that Near North’s work has a ripple effect across northern Ontario. And public funding, through OAC, is part of what makes it all possible.

“If we hadn’t gotten that operating funding from the Ontario Arts Council, the media lab would not have grown as it has – from the basement of the public art gallery to an eight-person staff, with ongoing programming,” says Cunningham. “You can really trace our success back to getting that first grant, which really allowed us to continue on as the organization we needed to be for our community.”

All photos courtesy of the Near North Mobile Media Lab.